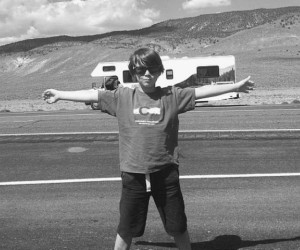 My first two children were born in hospital: I had never really considered alternative options as hospital is â€˜where you goâ€™ and I had no idea about home birth as a choice or about the evidence supporting this as a safe option. No-one ever offered it so it was not on the agenda.

I had already considered that I would do things differently if I had another baby, for me this meant having a female birth partner (my wonderful husband struggled with this role) and have a â€˜normalâ€™ birth. My first two labours, whilst normal on paper, were medically managed with a syntocinon drip (to speed things up) and an epidural as the pain was too intense. Both of those labours had also been â€˜posteriorâ€™ or back-to-back and were very hard to deal with prior to the numbing effect of the epidural.

When I fell pregnant with number three I was really excited and knew that this time I would plan a home birth. I was now training as an NCT antenatal teacher and my wide reading around birth, the evidence about place of birth and my understanding of the importance of feeling â€˜safeâ€™ in order to labour well helped me to make this informed decision. I was also far more aware about Optimal Foetal Position (embed to article I have to write) so felt really positive that I would have a different experience this time!

A week past my due date (boorring!) and I climbed into bed with an inkling that I might meet this baby soon. At around 3am I woke to find I was leaking â€“ as with my first two babies my waters had broken. Hurrah â€“ no more waiting! After waking Ben and instructing him to fit the TENS machine, I went back to bed for a few more hours, finally getting up at around 6am, when I called my birth partner Helen, rang the hospital to contact the NHS community midwife and to get on with some ironing!

About 7ish everyone arrived at once, and I was fine â€“ not really having contractions but feeling well and still leaking fluid. The midwife did a vaginal examination (VE) (which I now know was not necessary and put me and my baby at risk of infection), declared I was not in labour (duh â€“ of course not, no contractions!) and left us. I went back to bed but could not really sleep, so spent the next few hours watching videos, eating, chatting and leaning over the birth balll. My daughters were playing around me and it was quite a chilled morning.

Around 11ish the midwife returned, performed another VE and confirmed I was still not in labour (even I knew this â€“ I was not contracting) and left again. At around 2ish she telephoned and said if I did not have the baby by 6pm I would have to go into hospital as there would be no midwife to come. No pressure there then.

Feeling anxious now and worried about having a midwife, I spent a few hours walking up and down stairs, eating some more, and trying to get myself into labour. By 5pm although I was having contractions, I knew that my time was running out and I could feel my lovely home-birth slipping out of my reach.

At about 730pm I called the hospital and said we were coming in: I was having regular contractions that were not really that strong, but I wanted to settle into the birth room and perhaps use the pool. We arrived not long after, only to find that there were no midwives on the labour ward, the pool was closed, there were no birth balls and no bean bags. I got really quite cross at this point and wondered why we had bothered going in â€“ everyone was lovely but that was NOT THE POINT! After a long conversation with the Community Manager a midwife was found who would support me at home â€“ so with another examination (my poor vagina) and confirmed as (you guessed it) not in labour, we fled the labour ward and returned home,.

As I arrived back on my doorstep, I had a HUGE contraction and the relief flooded through me â€“ I was going to have this baby at home! I then went and had a lovely long candle-lit bath, where I focused on breathing through the contractions that had suddenly become very very strong. The midwife arrived at around 10.30pm and was quiet, calm, and unobtrusive. Perfect. We set the living room up for the birth, and I went for a stroll into the kitchen and then decided I was going for a lie-down as I felt very tired.

Upstairs, I lay down for about two minutes and then could not stay still â€“ moving onto all fours I felt really overwhelmed by the contractions and the midwife offered me some Entonox â€“ which I refused. I was worried that I was still in early labour and begged her to examine me. With my first two babies I had never progressed past 3cm without an epidural and this was worrying me. The midwife examined me whilst I stayed on all fours, and then calmly whispered that I was 5cm. 5CM â€“ YIPPEE – I had got past 3cm all by myself. I took that entonox very quickly and started breathing heavily with it, vaguely hearing the midwife tell me she was going to call her second midwife.

10 minutes later as she appeared at the top of the stairs, I was really starting to loose it â€“ I demanded that Ben be right next to me, Helen on the other side, and my entonox firmly wedged into my mouth. I remember at this point saying I could not do it anymore, and then the midwife whispered into my ear: â€˜yes, you canâ€™ and then she repeated â€˜yes, you can.â€™ It was all I needed, as with an almighty roar (or mooing) I pushed my baby out in about two huge contractions, turned over and scooped him into my arms. It was incredible and such a triumph â€“ I still get tearful when I think about it.

The midwives finally helped me into the bath, tucked me and my baby into bed and left as quietly as they had arrived. Noah fed beautifully and continued to do so until he was 2Â½ years old. As for me â€“ well I knew that I had to be a midwife and my vocation was sealed!