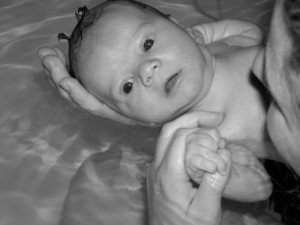 Vaginal Birth can be an empowering, life-changing experience for many women; it can also be a hard, traumatic birth for others and for some women, the right way for their baby to be born is by caesarean section.

In the UK at present the C-section rates varies, and is on average hitting the 25% mark consistently. According to the World Health Organisation (WHO) this rate is too high (we should be around the 10% mark), and many women are having unnecessary surgery that has implications for both the mother and baby. Caesarean birth however can be a life-saving and much needed intervention, and for my client, was the way that her baby â€“ Freddie â€“ made his way into the world.

Cat and Jules booked independent midwifery care almost as soon as they confirmed their pregnancy! They interviewed myself and my then partner Kate, as well as other Independent Midwives (IMâ€™s), and chose to book with us.

Cat and Jules are both chiropractors and Cat also specialises in paediatric cranial sacral therapy: having researched their options they were planning a home-water birth. A vaginal birth was not just something â€˜niceâ€™ that they wanted to do: working in the field that they do, they are very aware of the importance that birth plays in the stimulation of the baby, that the process of moving through the birth canal is essential to the babyâ€™s lungs functioning properly and â€˜switching on’ the skinâ€™s sensory nervous system. We discussed at length many times the coupleâ€™s feelings around intervention, and Catâ€™s very strong personal belief that she would rather have a caesarean section than under-go an augmented labour with a Syntocinon drug (that produces huge, artificial contractions) or an assisted delivery with forceps or ventouse; having treated many babies who had suffered injury through such a birth, Cat felt that this was not the way for her baby to be born.

Catâ€™s labour started on a Sunday evening about a week after her due date. I had been to see Cat earlier that day as she called me for a chat and to let me know she had had a â€˜showâ€™, felt damp and was unsure if her waters had gone. Everything was fine and Catâ€™s body was clearly getting ready to birth her baby, so I left her and waited to hear from her when she felt she needed her midwife! I was called out at around 11pm that night, and Cat was having beautiful strong, regular contractions and entered the pool in the early hours of the morning.

Labour seemed to change for Cat at around 5am, and I suggested she leave the pool for a bit of a walk….. my instincts were telling me that something felt not quite right, and when I checked Catâ€™s BP I found it to be very high â€“ too high to really stay at home safely. With great reluctance and sadness from everyone, we transferred into hospital.

Catâ€™s labour did slow down, and despite frequent, strong – almost bullying – suggestions from the hospital team, Cat declined to have her waters broken and to have her labour augmented. Cat was well supported throughout the day and as her midwife I provided advocacy for her against the pressures of the hospital staff. It took a few reminders that we had transferred in for raised BP â€“ not because we were concerned with a slow labour, which soon became the primary focus of the labour ward staff!

Labour eventually stalled and Catâ€™s cervix did not dilate past 7cm despite trying everything (other than drugs). Freddie was born by Caesarean section later that evening â€“ it was a decision made by Cat who remained as in-control as she could throughout her labour.

Once Cat and Freddie were back home, Cat asked me about â€˜Re-birthingâ€™. I had used the technique of returning mother and baby back to the water if there were breastfeeding problems and had found this really successful at re-establishing feeding, but Cat also wanted to include touch and massage for Freddie in a way that would â€˜re-birthâ€™ him, mimicking the movement through the birth canal. When Cat explained that this would help with activating part of his nervous system I did not hesitate to support her……….

One-week after Freddie was born, we met at Cat and Jules home: Grandma, Grandpa and Catâ€™s birth partner Hemi where there along with Cat and Jules to celebrate Freddieâ€™s rebirth. Jules had spent the afternoon filling the birth-pool (it was still set-up from the planned home birth), and the room was warm and inviting. Cat undressed (just wearing post-birth knickers!) and Jules donned his swimming trunks… the rest of us remained dressed, and little Freddie was naked. Cat sat next to the pool, and Jules knelt at her feet, and placing Freddie in the â€˜optimal positionâ€™ for birth, Cat placed her hands low against her pelvis, making a small â€˜circleâ€™ for Freddie to pass through (this represented the birth-canal). Hemi and I eased Freddie down through Catâ€™s loving circle of hands, all the while massaging Freddie along his body in a rhythmically, squeezing embrace (this represented the uterine contractions and the squeezing of the birth canal), and Jules â€˜welcomedâ€™ Freddie into his waiting arms once he had been moved down and through the circle of hands. Freddie remained awake and alert but never cried throughout this.

Immediately following Freddieâ€™s â€˜birthâ€™ into his father’s arms, Cat, Jules and Freddie climbed into the pool together and welcomed their beautiful baby boy into their family, as they would have done if he had been born in that pool. It was absolutely beautiful and I was amazed and surprised by how emotional I found the experience myself! I am known to cry often at births, and this felt like a really special birth. Catâ€™s face was jubilant â€“ and as she climbed out of the pool a little later, she looked into my eyes and said to me, â€œheâ€™s mine now. I feel that I have birthed him and I feel healed from his caesareanâ€. Freddie was passed into his waiting Grandmother’s arms, and there were tears and smiles from everyone present. It was a very powerful experience.

Cat and Jules gave me the honour of dressing Freddie, who was soft and relaxed; up until that point he has always laid with his legs straight out, but we all noticed how he tucked his knees in and had returned to the foetal position. Freddie slept deeply for many hours, and we all felt we had been part of something very special.

Caesarean birth is still the birth of a baby â€“ itâ€™s just a very different birth; Freddieâ€™s re-birth was a very positive experience and may benefit other families who have had a difficult caesarean birth.

Cat and Jules are looking forward to planning a HBAC when they decide to have a brother or sister for Freddie. They run The Barron Clinic in Walton, SurreyÂ www.barronclinic.co.uk